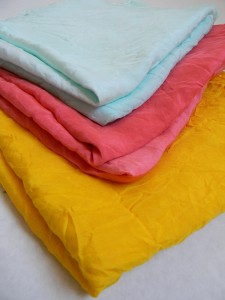 these were the one mama-made gift the boys found in their stockings Christmas morning.  they are play silks, simple scarf-sized pieces of silk dyed in different colors. as a toy, they have limitless potential—so far in our house they have been a way to carry cars, a cape, an umbrella in a fake rainstorm, water under a boat adventure, something to float in the air while you are dancing and on and on.  we had these growing up in a shiny, metallic fabric and we must have used them for everything.  probably the hardest working toy in our house back then.  in a boutique kid’s shop these can get expensive.  so, I was thrilled when I came across this tutorial that goes step by step through how to make them with the food safe dye available in every grocery store in the country–kool-aid.  yup.  it dyes more than just tongues.  I didn’t read the directions closely on first read so I didn’t grab enough packets of kool-aid when I was at the store. as a result, the colors came out a bit week and mottled as you can see: 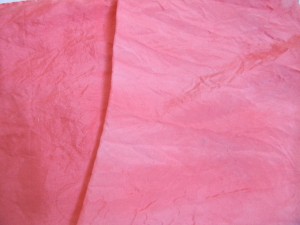 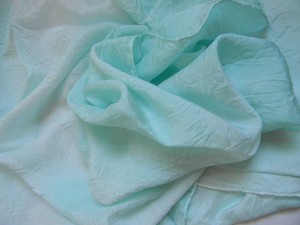 I was especially worried that the yellow would become almost a cream color so I scoured the internet for natural dyes (once I get going on an activity I really don’t have the patience to stop and pick up missing supplies, it leads down lots of interesting roads).  I discovered that turmeric is a great natural dye and we have tons of it.  so, I boiled a big pot of turmeric water for 30 minutes or so before adding the kool-aid and the silk scarf.  the color turned out fantastically vibrant, I am thrilled with the amazing sunshine look. I was less excited about the smell that resulted from combining turmeric and lemonade flavored kool-aid.  in fact, I was fairly certain I had managed to somehow poison myself and rushed around opening windows. 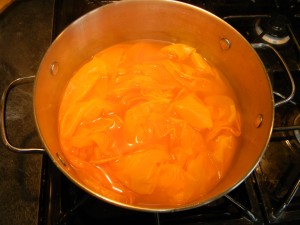 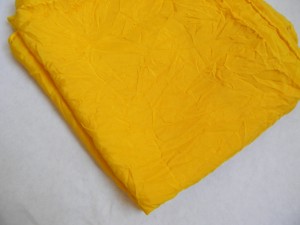 but, it was worth it, don’t you think? look at that color! I got my white silk scarves from dharma trading company, which has everything dyeable under the sun. for anyone interested in doing your own color dying, they are incredible.

well, I’m finally at the end of all my handmade holidays.  from here on out it’s all about looking forward onto the horizon of 2012! which, quite frankly, is looking awfully bright and involves lots of sewing.  I do still do that every once in a while!