I was honored to be involved in a great fest held in our town this weekend, Combatting Latent Inequality Together Fest 2012.  it was the first time it was held in New Jersey and centers around punk music and gender politics with all proceeds going to an organization in New Brunswick called Women Aware, which focuses on assisting anyone affected by domestic abuse.  there was lots of punk music and workshops on all manner of gender-related topics.  it may not surprise you to know that I was probably the oldest chic at the fest and definitely the least punk. 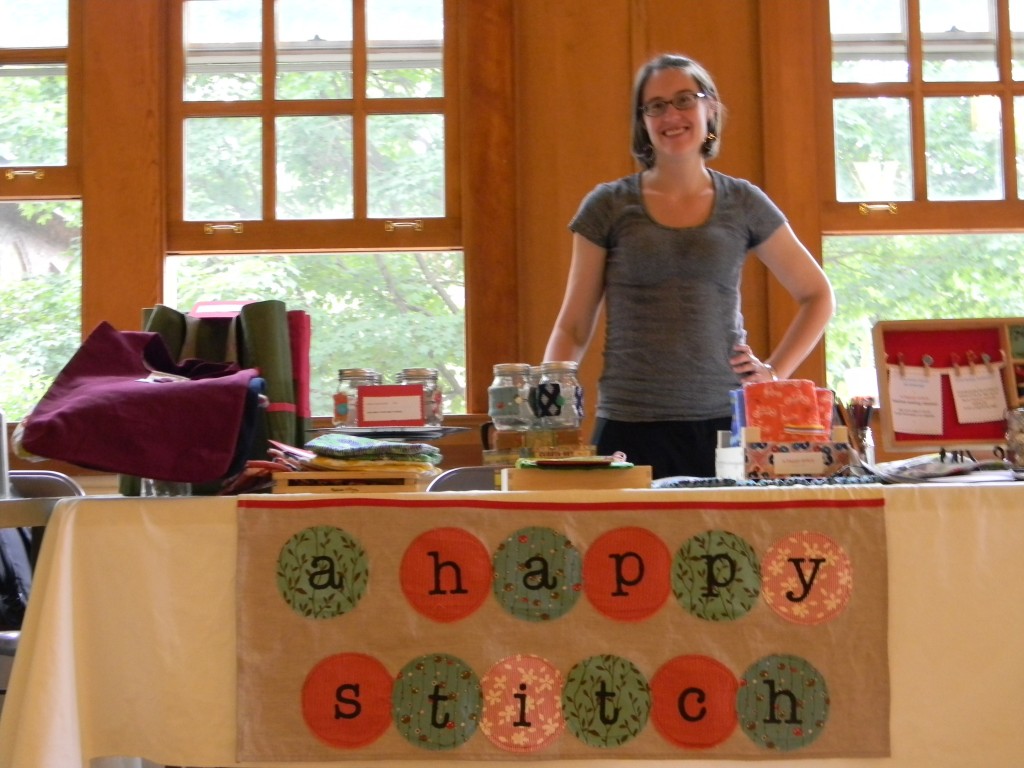 {my booth, photo courtesy of my husband}

but here is the thing. now that sewing is a more serious undertaking for me it means that I get the chance to say *yes* to totally new things that push me out into the world and away from my hermit-like tendencies.  this fest was one of those events.  I got to say yes to this and I’m so glad because I now know the following things:

1) the activist members of the next generation are learning how to make and do everything themselves and they rock at it.  they know how to publish books, knit, sew, embroider, silkscreen, make music, cook good food, build things and a ton more.  they are kicking butt at this and everyone is doing it….not just the girls.  it’s a real community effort.

2) silkscreening is amazing! and after one short demo I am determined to do more of it.  it’s so easy and versatile and amazing! did I mention it is amazing?

3) nice is in.  it is all about being nice in the broadest way…nice to people who are different; nice to the earth; nice to little kids and nice to people like me that are a lot the same.

4) it is totally ok to wear earplugs for the loud music. if you forgot yours you can buy them from the guy selling anti-establishment literature. he’s really nice.

5) I’m pretty certain that the world these young punk rockers are working to create is going to be great. it might not look like mine, or perhaps it might…who is to say.  but either way I’m glad I got to glance in on it. 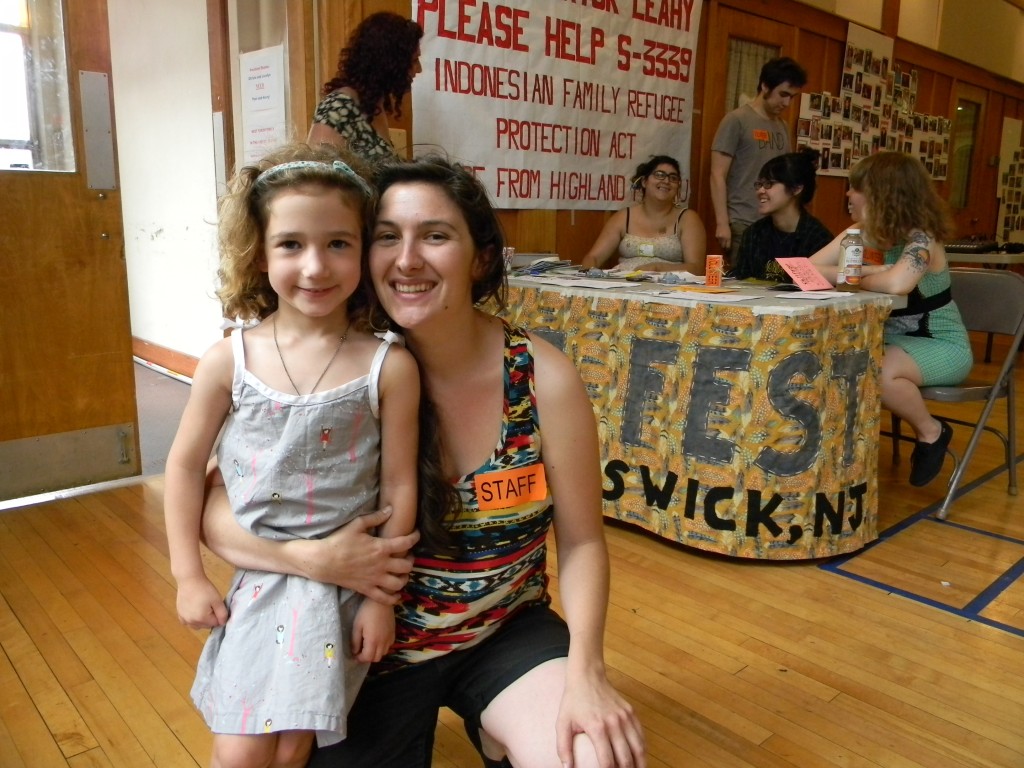 I am proud to say there were some signs of my light hand.  my littlest friend up above is wearing a dress her mother made in one my classes and the banner in the background was made using skills gained in another class of mine.  (maybe I fit in a little more than I suspect.)