2012 was a big, exciting, eventful year for a happy stitch.  it was my second year making a go of it with sewing/teaching/making/blogging/parenting full-time.  Reflecting back on 2012 I’m proud of all that took place.  it’s also helping me clear my head and think about what I want out of 2013. 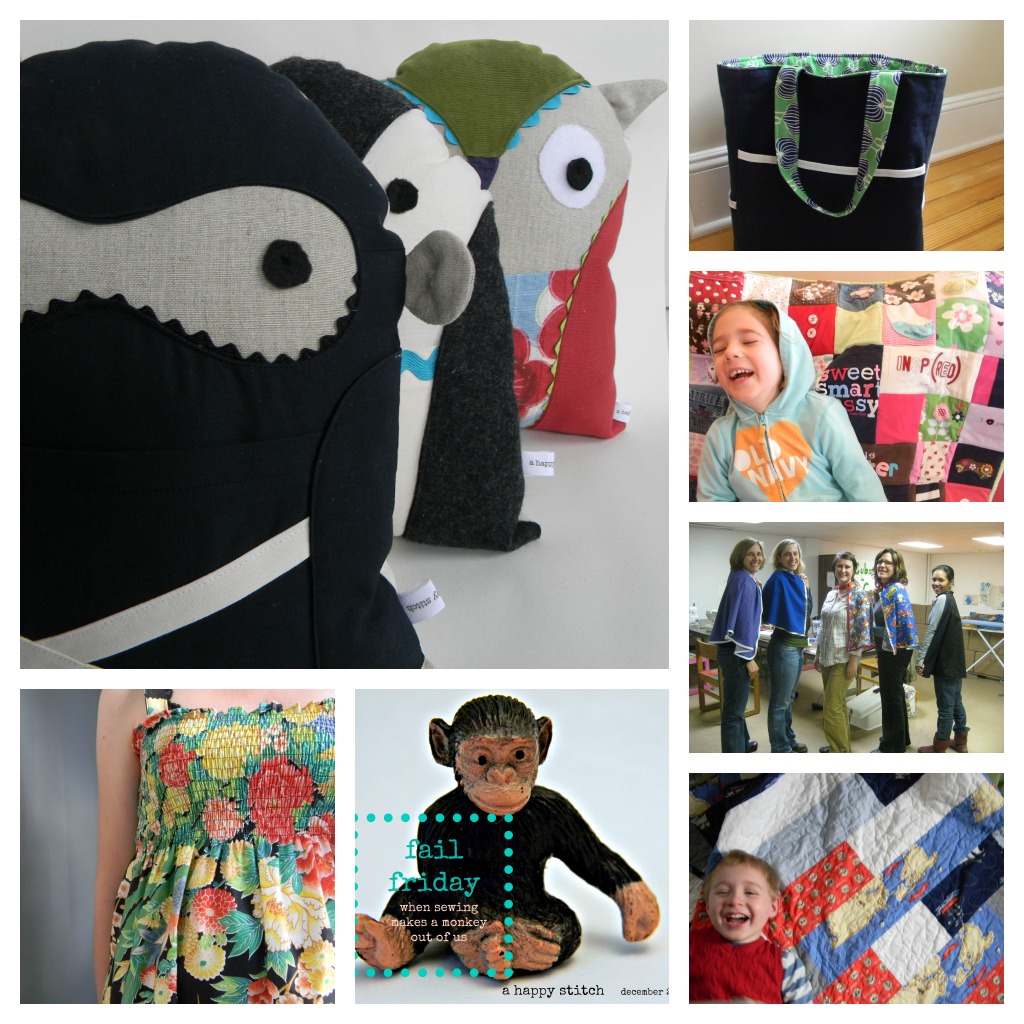 some of the accomplishments I’m proud of this year:  I sold sixty-four patterns on etsy and made nine memory quilts.  I ran three series here on the blog, a week of inspiration, fail friday and making space studio tours; all of which offered such great opportunities to connect with other bloggers and feel an even greater part of the crafting and making community.  I spent eighty-two hours actually teaching sewing classes and many, many more scheming about them.  I participated in four craft fairs and missed out another two that were cancelled because of superstorm sandy.  I had the chance to draw on my crafting community in a big way because of that same storm, however, when everyone came together and we made 52 hats to warm those impacted by the storm.  countless additional warm items also made their way to my door as word spread of our effort.

as far as lessons learned: I learned that I really, truly….really….need to be prepared for december by october or I will have heart palpitations and take it out on my husband.  ahem.  I learned sewing can’t solve everything but it can make scary and sad things softer and more human.  I got so much out of the people around me…those I converse with on etsy or twitter, those who comment on the blog or on Facebook or even good old-fashioned email me and certainly everyone in my classes… your gentle advice, laughter, suggestions and late-night sessions always pushed me to work harder and be better.  thank you.  you made 2012 a fuller and more joyful year.