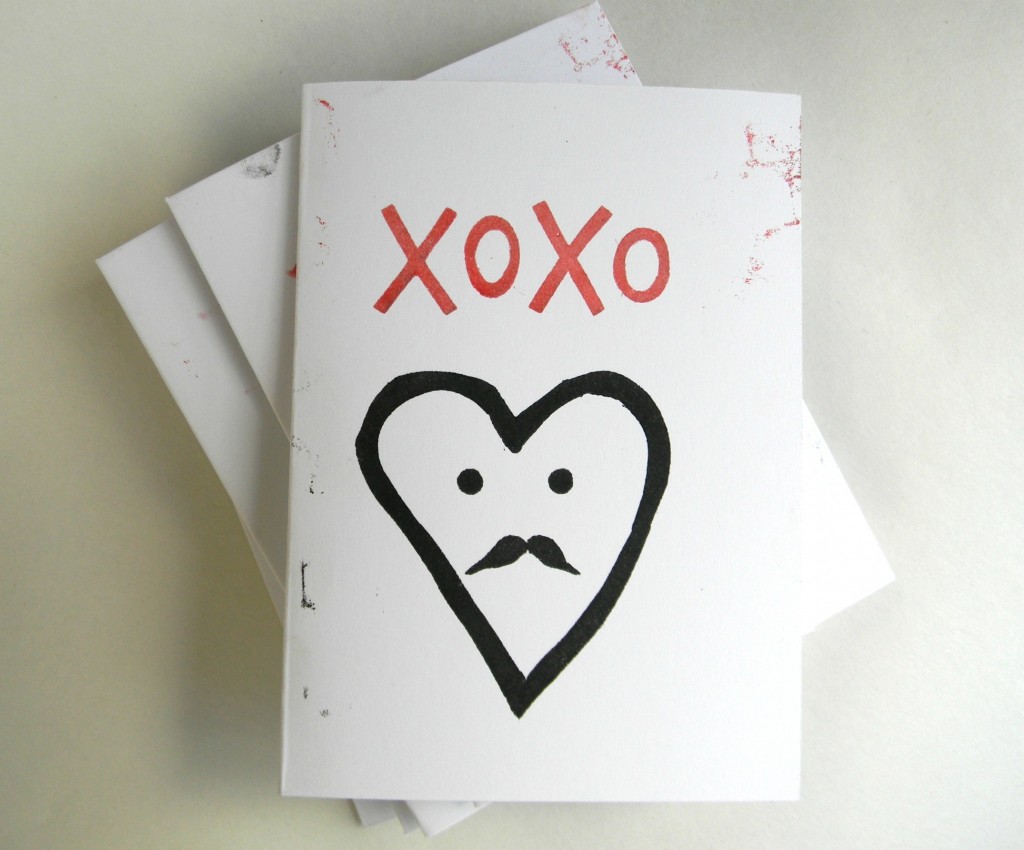 this little guy was actually born during a stamp-making project with the kids.  we made our own stamps using precut adhesive foam objects and cardboard blocks.  the cardboard actually came as packaging material with some furniture that we had delivered a while back.  it is thick and while it originally came in large slabs, it was easy to cut into smaller pieces that worked as the base for our stamps.  I think any thick cardboard would work just as effectively but it does help to have it be on the thick-ish side.  making the stamps was pretty simple.  each kid got a base and then free rein to put the foam objects on it with one important rule: words need to be on backwards.  also, some of the adhesive isn’t very strong so we glued most of objects on, even if they had adhesive backing.  a quick note: I quickly created an example for them because it can be hard for my boys to visualize that kind of thing…with backwards words and such. 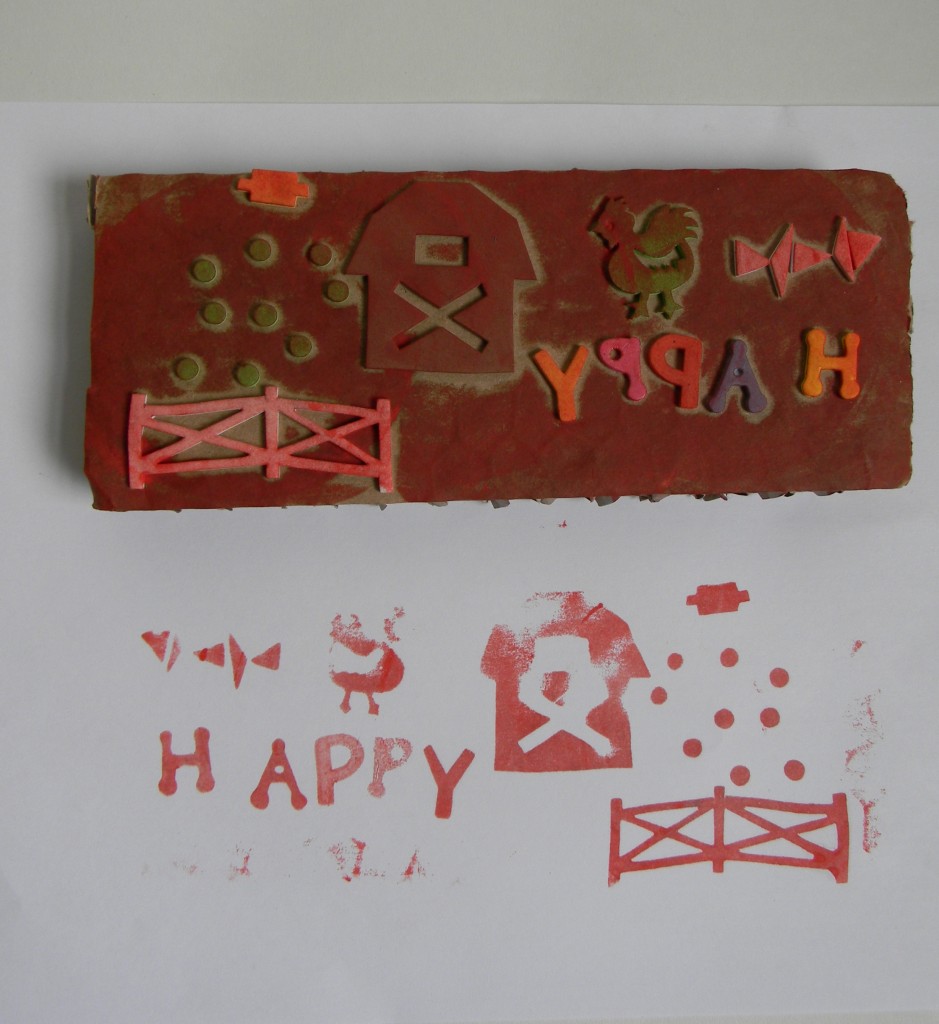 this was C’s creation.  as always, he was more interested in this project than little J.  C is learning to read and write and wanted to spell out the word ‘happy’ because he knew how to spell it himself.  and, that pretty much settles the debate…5 is, in fact, the awesomest age.

but, back to valentine’s day cards.  as the boys were doing their thing I started making my own stamp and settled on my little, stoic mustache’d heart with a simple message of hugs and kisses. I love me a little mustache man! I had some plain white cards so I stamped onto those cards and voila! valentine’s day cards. 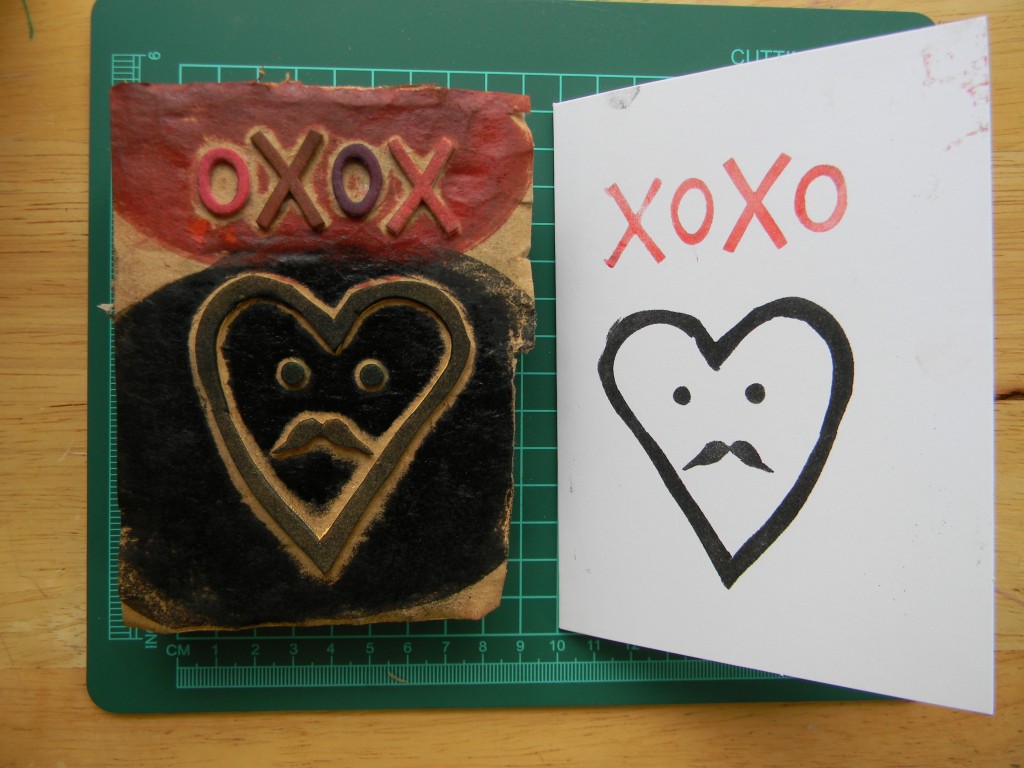 I cut the heart and the mustache out of a plain sheet of foam but the eyes and letters were pre-cut and I used a glue stick to glue it all down.  easy, peasy.  to add color I used a stamp pad to stamp right on the stamp before placing it down on the card.  my cards all have little smudges of ink on the edges (even a little fingerprint) but if you aren’t lazy like me you could certainly wipe away the edges of the stamp before stamping onto the paper.  I also used the same colors for every card because I enjoy the look of uniformity but it would be fun to mix it up, too. 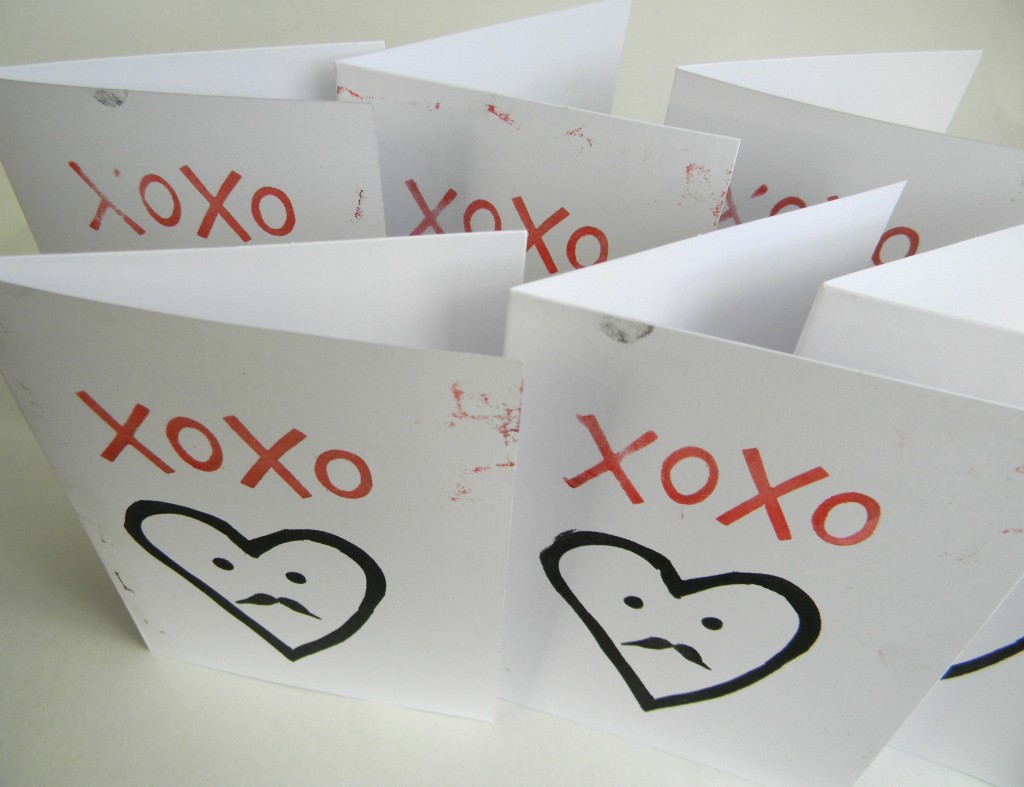 I happen to think that a little smudgy patina adds character…or at least I like to tell myself that.  I do know that I love the serious longing in this guy’s little face.  like a hipster burt reynolds.

I mentioned yesterday, I also made decorative envelopes to carry these dudes in. (they looked a little lonely in a white envelope).  I thought I would be able to put everything in one post but I will have to save it for tomorrow.  there is an important superhero forklift operation that I absolutely MUST check in on right NOW!