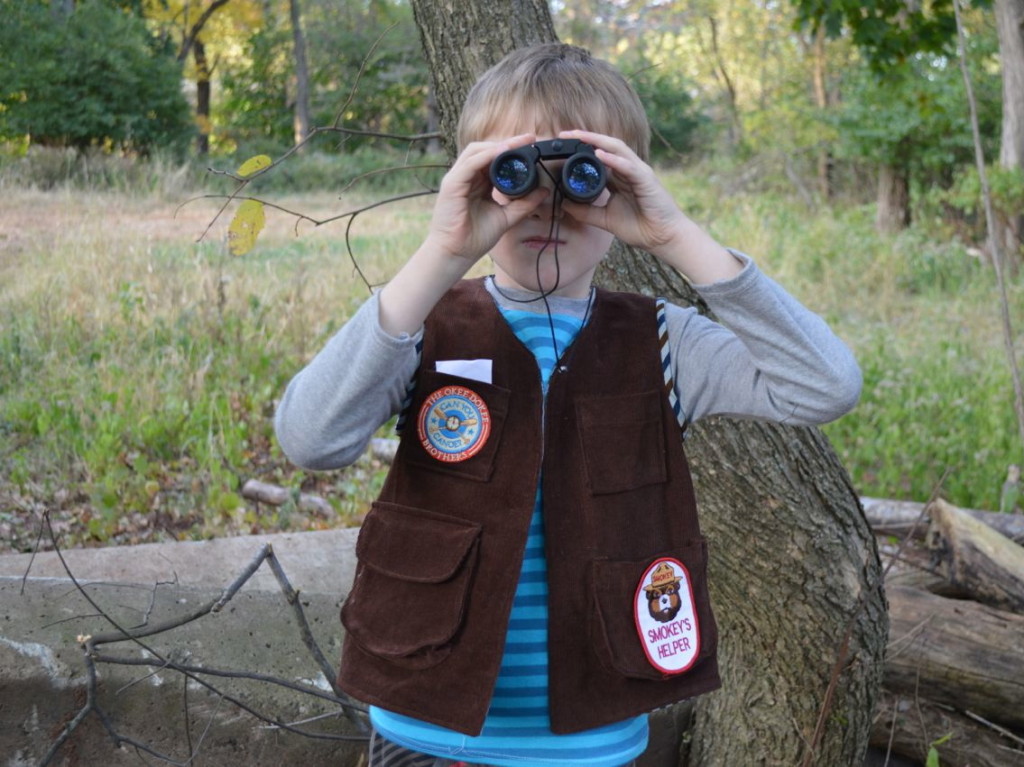 My kid’s clothes week dreams have come true! I finished every darn thing on my list when I pulled these two explorer vests off the machine.  I will confess, it was down to the wire…and technically past the wire because I finished them today.  There is no official finish line, though, is there? I am taking the win. Especially since the boys were eager to head out on a walk as soon as they saw the vests.  They wanted to fill the ample pockets (four pockets on each vest!) with treasures. 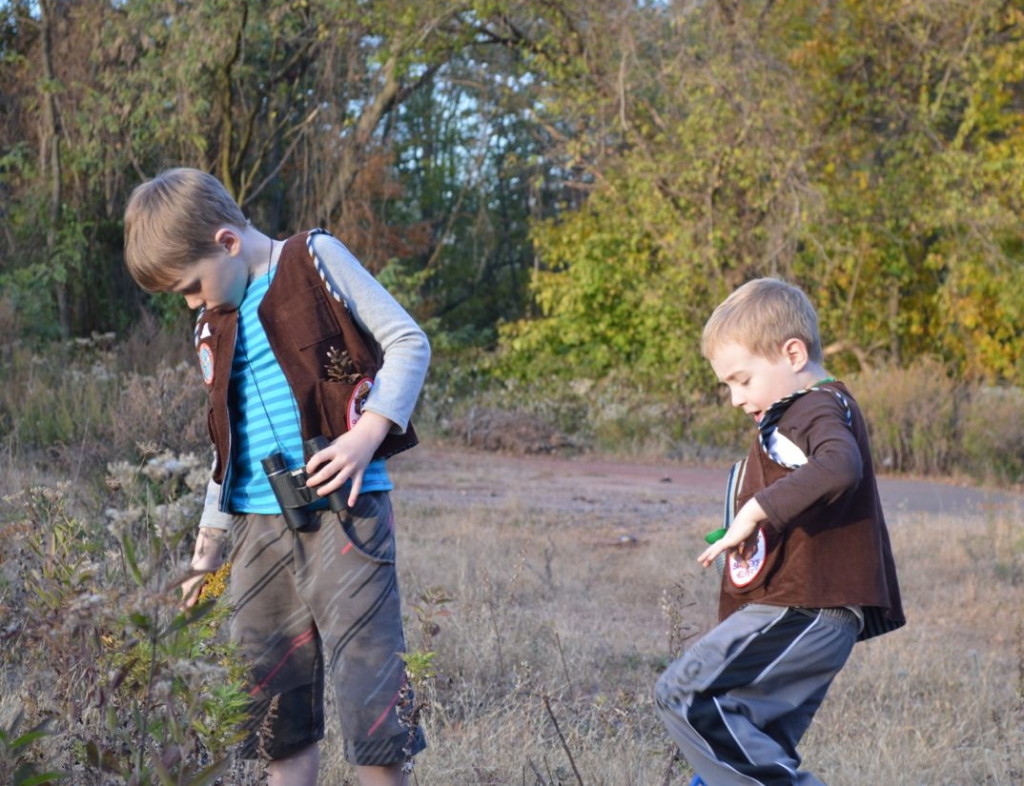 I basically made these vests because the boys have these precious patches but we never had anything to put them on.  One patch is from their favorite musicians, The Okee Dokee Brothers, and the other was a patch they earned by picking up litter in a state park.  They are super proud of these patches.  I should qualify that to say J is super proud of his patches.  C is only proud of his patches when he forgets to play it cool.  Thankfully, he forgot to be a cool 1st grade cat when he saw the vest. 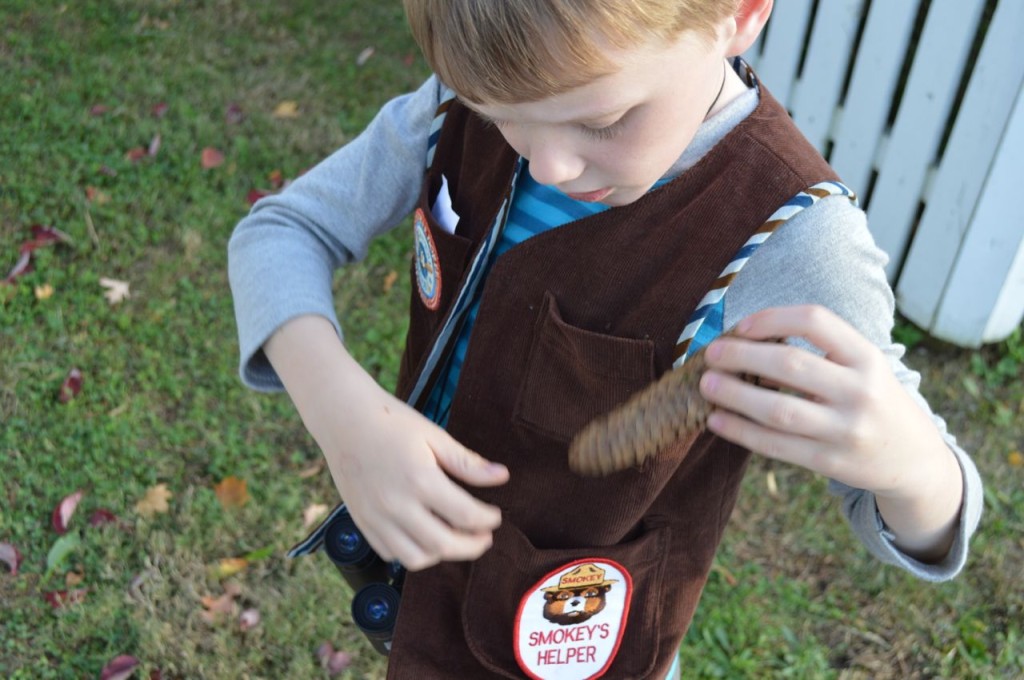 C even made a list of what we should look for, a list that he kept in one of his pockets of course.  The list says (in case you don’t read phonetics) 1. acorns, 2. pinecones, 3. rocks, 4. flowers, 5. leaves. 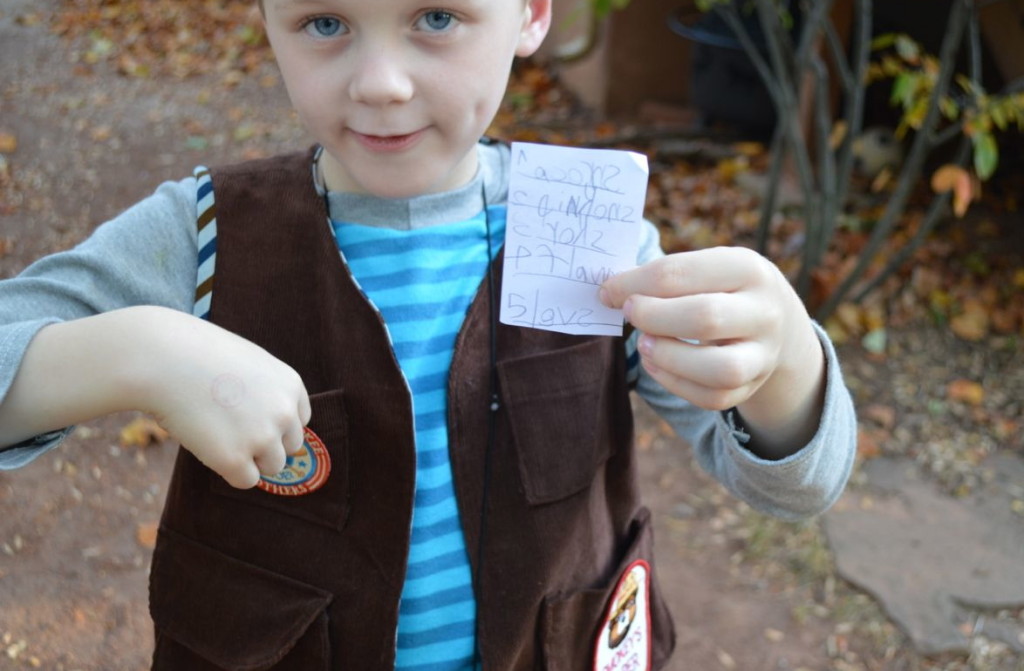 The vests are made of brown corduroy from Jo-Ann and lined fully with striped fabric, the same stuff as the armhole binding.  I made my own bias tape for the sleeve binding. Before you get impressed you should know that I did it cheater style…basically, I just cut a strip of fabric on the bias and stitched it on the right side of the vest then folded it over twice to sew it to the lining of the vest.  It’s not all that perfect or pretty on the inside. 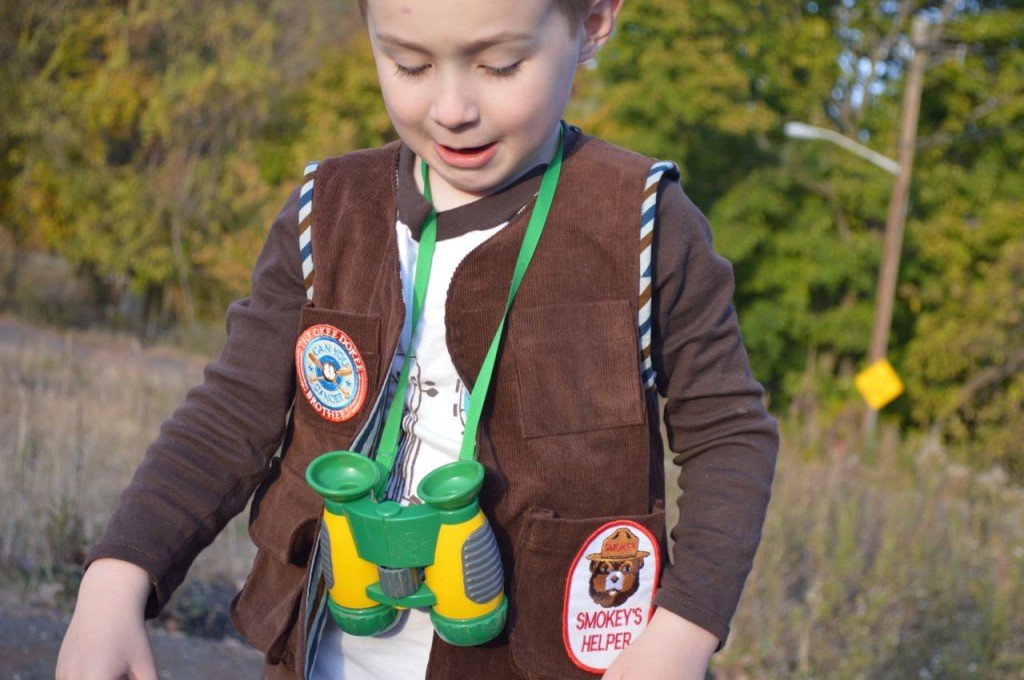 But it is done.  Done became a very important part of my sanity as I was stitching in this bias tape.  Sewing in bias tape on a curved armhole should not be my final KCW task ever again.  It was seriously trying my patience. 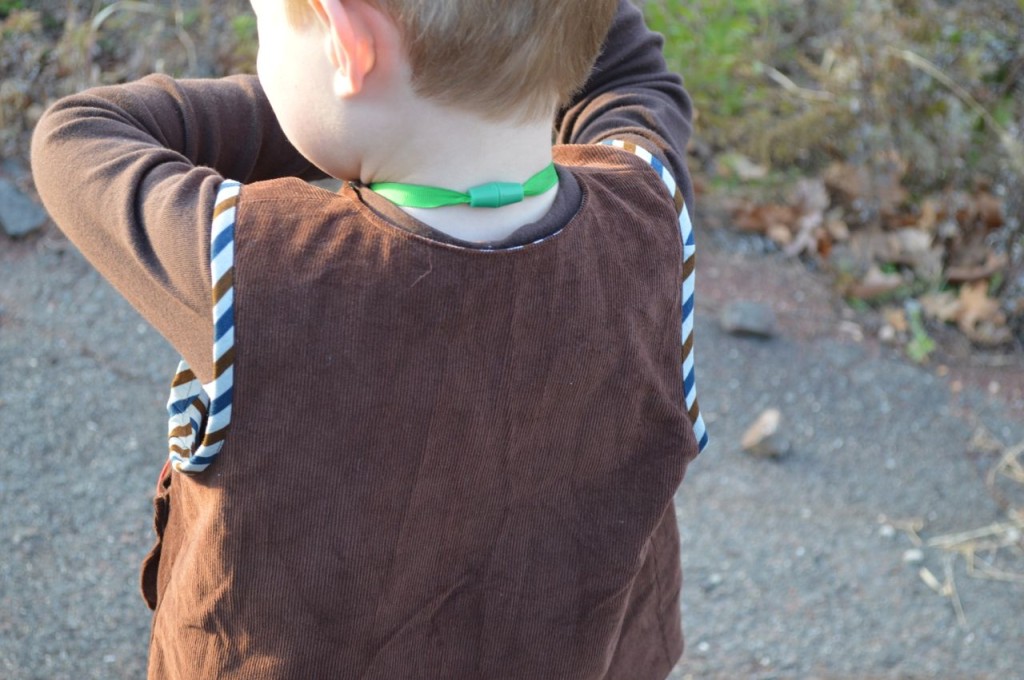 It’s a good thing it looks so darn cute!  The pattern is from Little Things to Sew by Liesl Gibson.  Liesl is the real deal, the woman has a background in fashion and pattern-making and her attention to detail is legendary.  I expected to find a great pattern and clear instructions and I wasn’t disappointed.  Even in making these simple vests, I absolutely learned a few new tricks.  She is exacting.  Sometimes, my impatient self wasn’t super excited to go through every single detailed step but I’m a better sewist for persevering.  I did change a few things to suit how I knew the boys would use the vests and that did mean I skipped a few things (and saved my mental health in the meantime).

My photos don’t really show it but the bottom pockets have bellows, which means they basically have a rim making them a deeper pocket…great for actually holding treasures. Everything came together without a hitch.  I’ve never bought one of her Oliver + S patterns but next time I’m in need of a new pattern I will definitely consider it. 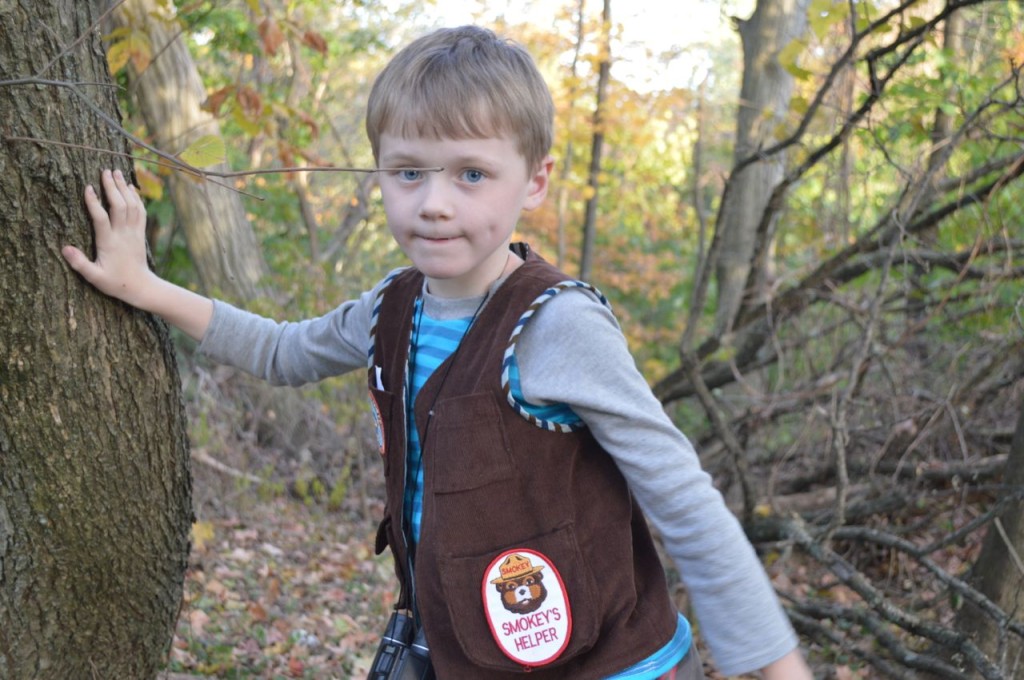 Now, we are all ready for our next adventure!

p.s. I’m not so sure I properly attached the patches.  I just held the iron on them to get them really hot and they seemed to stick pretty well.  That just doesn’t seem like it’s going to last and one of them is already coming a bit undone.  Anyone know how to properly attach them?